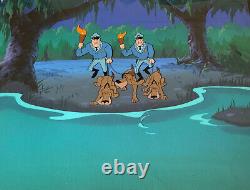 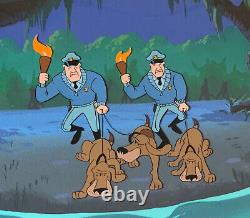 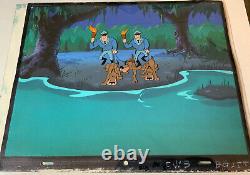 2 Cel set-up on matching background. Dimensions: 13.50" X 10.50". Capitol Critters is an American animated sitcom about the lives of mice, rats and roaches who reside in the basement and walls of the White House in Washington, D. The series was produced by Steven Bochco Productions and Hanna-Barbera in association with 20th Century Fox Television for ABC, which aired seven out of the show's 13 episodes from January 28 to March 14, 1992. All thirteen were eventually aired a few years later on the Cartoon Network.