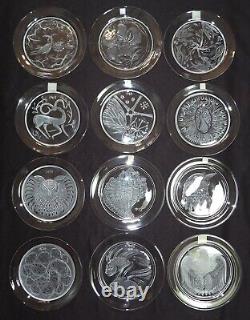 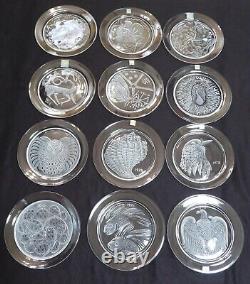 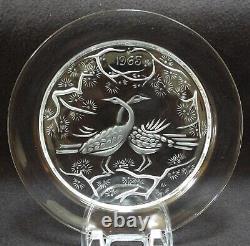 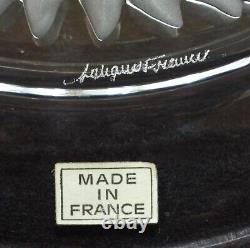 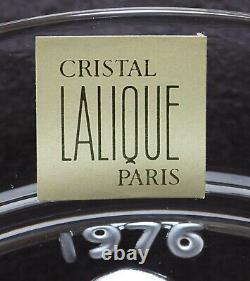 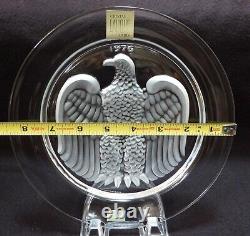 This is a RARE Complete Set of Lalique Annual Plates that were released by Lalique, France from 1965 - 1976. This Set is in Excellent Condition with no cracks or chips. There may be a few MINOR scratches here or there, but overall Excellent Condition. The Plates are 8 1/2 in diameter and weigh around 12 OZ each.

The Plates pictured are the ones you will receive. The plates are signed by Lalique and some still have the Lalique factory sticker still attached.

They are described to the best of my knowledge. Some wear is to be expected, unless described as flawless or mint. I cannot know everything about every item I offer, I do inspect each item and list all known flaws or damage. So please take a good look at the photos and ask questions if need be.