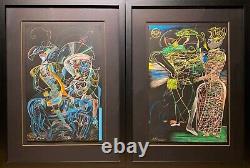 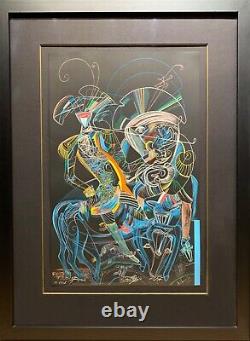 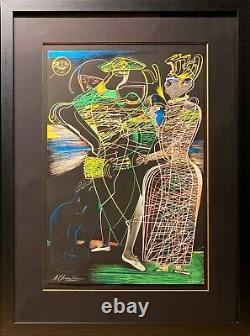 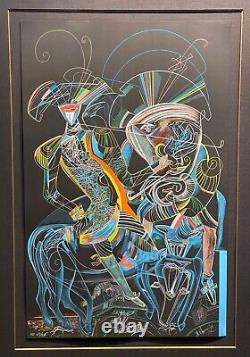 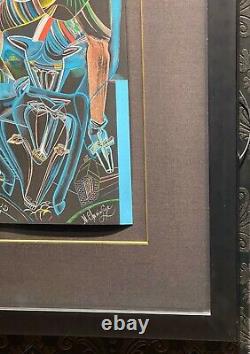 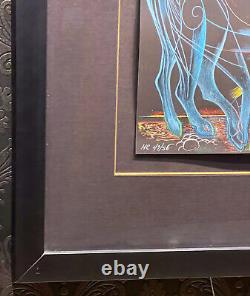 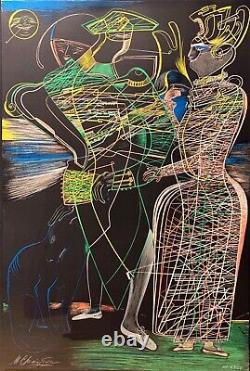 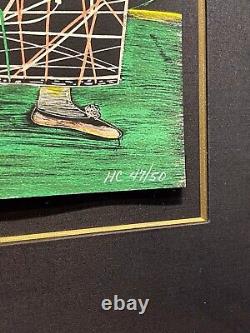 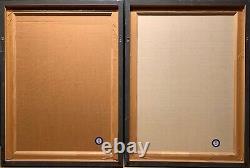 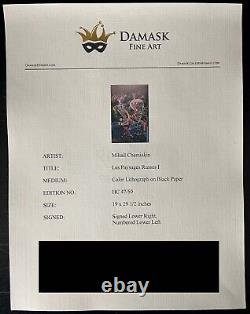 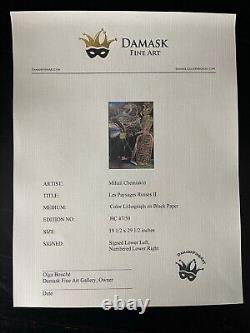 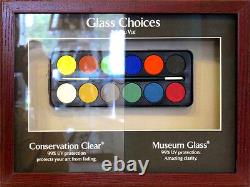 Size Artwork: 29" X 19 1/2" 29 1/2x 19 1/2. Mihail Chemiakin is shown worldwide and is the Pablo Picasso of today. Chemiakin's work is in the permanent collections of numerous museums, including the Metropolitan Museum (New York), the State Tretyakov Gallery (Moscow), the State Russian Museum St. Petersburg, the Sao Paolo Museum of Art (Brazil), the Museum of Modern Art of the City of Paris, Yad Vashem and the Tel Aviv Museum of Modern Art, as well as smaller museums throughout Russia and the United States. Mihail Chemiakin works are frequently presented at Christie's and Sotheby's.

He was subjected to compulsory treatment at a mental institution, which was a standard way of dealing with ideological dissidents at that time. For five years he worked on the maintenance crew of the Hermitage Museum. In 1967, the artist founded the St. Petersburg Group and developed the philosophy of Metaphysical Synthesism, dedicated to the creation of a new form of icon painting based on the study of religious art of all ages and peoples.

In 1971 Chemiakin was forced out of the USSR by the Soviet authorities. He settled first in France, then moved to New York City in 1981.

In 1989, the return of Chemiakin's work to post-Communist Russia began with the first exhibition of his work there since his exile. Subsequently, he continued to show his work there and has installed three monuments in St.

Petersburg, to Peter the Great, to the Victims of Political Repressions, and to the Architects and Builders of St. In Moscow, Chemiakin's fifteen-figure sculptural ensemble, Children - Victims of the Sins of Adults , was commissioned by Moscow Mayor Yury Luzhkov as a gift to the city and dedicated in 2001.

In London, Chemiakin's sculpture commemorating Peter the Great's embassy to England in 1698, stands on the banks of the Thames River. In New York Chemiakin's Cybele, the Goddess of Fertility , stands on Prince Street in SoHo. A sculpture from the Carnival at St. Petersburg series is on permanent display in Paris, and a version of Peter the Great is in the collection of the Chateau de Vascoueil - Musée Michelet in Normandy, France.

The research begun in the 1960s into the art of all ages and peoples has developed into a collection of millions of images organized into technical, historical and philosophical categories which has earned the artist five Honorary Doctorates and is the basis for his Institute of the Philosophy and Psychology of Art. Chemiakin's life-long love of theatre resulted in his new staging of Tchaikovsky's ballet, The Nutcracker , which premiered at St. Petersburg's Mariinsky Theater on February 12, 2001 to enthusiastic reviews by audience and critics alike. Mihail Chemiakin works in a broad range of media and on themes ranging from the theatrical to the philosophical, creating series such as Carnival at St. Petersburg, Still Life, Metaphysical Heads, Angels of Death, and most recently, Biospheres and a 50-figure sculptural composition, The Death of Kings.

Petersburg, Russia Collection of Dr. Norton Dodge, USA Jane Voorhees Zimmerli Museum, Rutgers University, New Brunswick, NJ. This item is in the category "Art\Art Prints". The seller is "bateaulavoir" and is located in this country: US. This item can be shipped to United States.