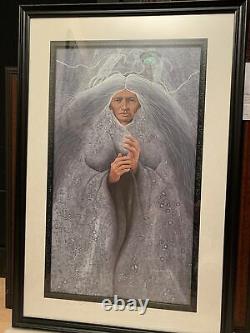 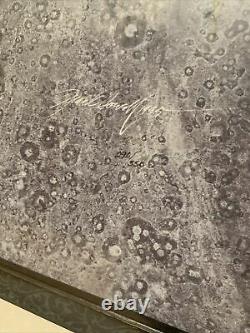 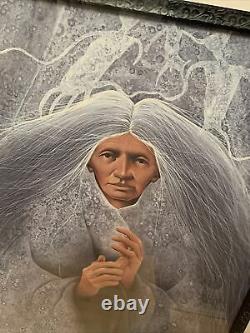 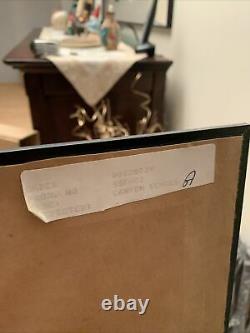 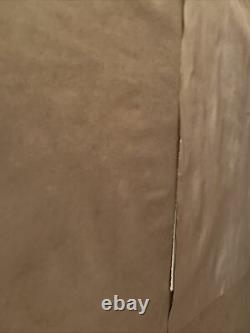 Signed and numbered to 550 with COA still on back of lithograph and unopened. Let me know if you have any questions.

LITHOGRAPH Size: 23" X 37.5". CONDITION: Brand new with COA (Certificate of Authentication), has been owned by non-smoking private owner and appropriately displayed and stored to ensure no damage. Born in 1937 in Sioux City, Iowa, the late Frank Howell spent his early childhood drawing sketches of the people and places around him.

As an adult, his lyrical, artistic interpretations of faces and landscapes employed a visual representation of the wind as it sweeps across time: past, present, and future. He viewed his images as universal symbols. A kind of visual mythology that reaches out and spiritually awakens the observer. Perhaps influenced by his Lakota Sioux ancestry, much of Frank's work reflected a love and respect for the Native American cultures. Frank explored and mastered his varied art media to its fullest, working with pen, pencil, oils, watercolors, acrylics, sculpture, lithographs, mono-types, giclee prints, and serigraphs.

Multi-talented, he was also a poet and writer, producing many books which include: Gifts of the Crow Messengers, Frank Howell/Monotypes, and Frank Howell/Lithographs. He provided the illustrations for Many Winters, Spirit Walker, Shaman's Circle, Dancing Moons and The art of Frank Howell. Well educated, Frank received an undergraduate degree from the University of Northern Iowa, did graduate work at both the University of Northern Iowa and The University of Iowa, and later studied at the Chicago Art Institute. In addition to being an artist and businessman, his background included service in the Marine Corps and teaching art on both the high school and college levels. In his later years, Frank resided in Santa Fe. As an extraordinarily skilled artist, Frank Howell widely exhibited at museums and galleries throughout the United States, as well as Mexico. His work is included in numerous private and corporate collections all over the world. He has also been the subject of many magazine and newspaper articles, television profiles, and documentaries. The country grieved when this Southwestern artist passed on November 26th, 1997. Frank's art, in all its forms, is now sought by collectors and other admirers of his warm, symbolic expressions. Frank Howell's philosophy of art is probably best expressed in the forward he wrote for his last book, The Art of Frank Howell, which was published in October of 1997, shortly before his death. When one stands before any kind of art. It should, however, create the infinity. It should be a mirror that is not superficial. In that it reflects the physical self. That reflection is emotional and historical. But it is a pathway to insight. Into a more spiritually significant present. This item is in the category "Art\Art Prints". The seller is "dylawol6" and is located in this country: US.