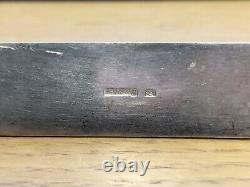 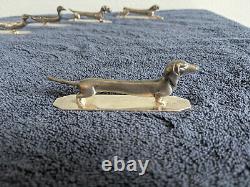 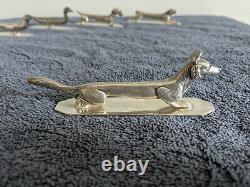 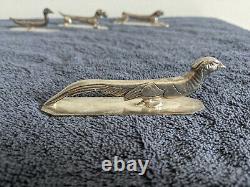 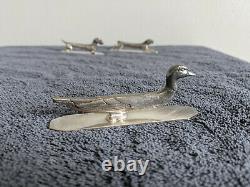 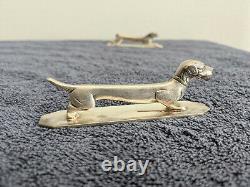 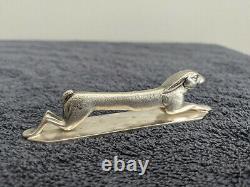 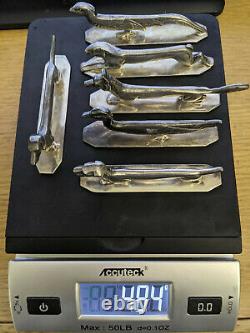 Six (6) Wiskemann Art Deco Silver Plated Animal Knife Rests Set. Made in Belgium around 1920 - 1930. Please see photos for condition. Otto-Léonard Wiskemann (18521909) set up in business in the heart of Brussels in 1872 and specialized in producing silver-plated white metal for the hotel and catering industry. Around 1890 he extended a building in the Impasse du Val des Roses to create a new workshop.

After his death his sons Otto (1946) and Albin (1950) took over the company and greatly expanded it, with new production facilities in Zurich and Milan and sales outlets in Antwerp, Brussels, Ghent and Nice, later also in Bruges, Liège and Paris. In the 1920s they brought a new factory on stream in Vorst. In 1924 Wiskemann started manufacturing kitchen and tableware and cutlery in 18/8 stainless steel (18 % chromium and 8 % nickel) - the first in the world to do so. Around 1923 Bruno Wiskemann (1955), a brother of Albin and Otto, decided to set up his own business, which in 1924 resulted in the Etablissements Bruno Wiskemann SA, with the Wolfers family as the major shareholder. After the death of Otto Wiskemann in 1946, Roger Soin took over the day-to-day running of the company. As far as the production of silverware is concerned, very few new items were added to the interwar range. The company catered first and foremost for a conservative public and in the.

Category simple services and cutlery, like Hellade N° 32, which can hardly be described as art deco, came onto the market. Orfèvrerie Wiskemann's participation in Expo 58 did not go unnoticed, for its products were on show in no fewer than three pavilions.

Rénovateur, en Belgique, actuellement du style moderne, pur et rationnel. Came up with several novelties and Stephan Winteroy (1921), head of the production department, can take the credit for them: the Country Club table service, the Stuyvenberg cutlery, the Heysel coffee and tea service, and la Cambre table service. However, the styles introduced at Expo 58 could not disguise the disappointing sales figures of the Wiskemann silver department, and even a number of new initiatives brought little solace. But in the 1960s several innovative designs were launched, including the Arlequin cutlery and the Erin service. Bruno Wiskemann's swansong and the founding of Wiskemann NV.

Like the Orfèvrerie Wiskemann, between 1957 and 1960 Bruno Wiskemann mainly advertised classic styles with resounding names like Condé, Crécy, Récamier, Watteau and du Barry, which catered for a well defined conservative clientele. The most innovative item Bruno Wiskemann brought onto the market was the Jeunesse cutlery. Interestingly, the name of the designer was not divulged in the advertising campaign. Gustav Beran (1912) is only mentioned explicit in a 1964 exhibition catalogue, but this is not altogether surprising given that Beran developed this model for the Dutch company Gerritsen & van Kempen. In 1974 the Derek Hartle Ltd. Group became the main shareholder in the Orfèvrerie Wiskemann. Michel Haas, head of Agecobel, the company which had taken over Bruno Wiskemann in 1969 pressed for a merger between Delheid, Bruno Wiskemann and the Orfèvrerie Wiskemann and received state support for the plan. The new firm was known as NV Wiskemann. The item "Wiskemann Art Deco Silver Plated Animal Knife Rests Set Dog Pheasant Duck Hare" is in sale since Sunday, May 23, 2021.